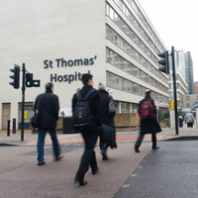 Mr O'Brart zapped my eyes to cure my short-sightedness many years ago - about 1997, I think. I'm 47 now and still have excellent vision. He gave unbiased advice, warning me of the slight variability in results and how my s ...Read more

Guys and St Thomas’ Hospital may not be on everyone’s shortlist for finding quality laser eye surgery in London. But based on the “Good” rating from the CQC and glowing customer reviews for keeping patients happy, you may want to consider this clinic.

That said, we only have a handful of positive independent reviews for this eye hospital on Lasik Eyes. You maybe safer trusting somewhere like Optical Express, Moorfields Private Eye Hospital or AccuVision, which all have between several hundreds and thousands of thumbs-up ratings from customers, and are also located in London, or you can use our simple tool to find the top-rated eye surgery clinic in your neck of London.

☛ Click here to find the best clinic near you, and receive a tailored quote. 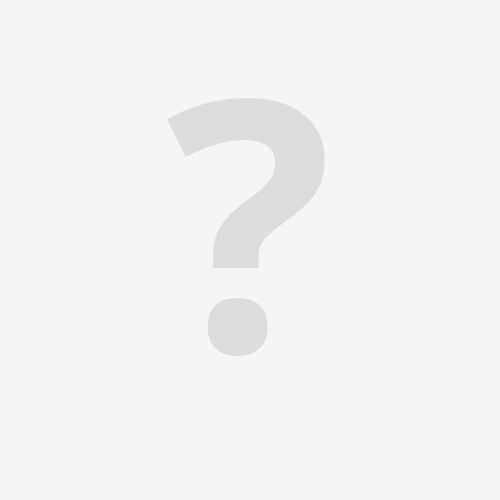 I had bilateral LASEK surgery, performed by Mr David O'Brart, on Friday 25th July 2003. I learned about this practice and LASEK by word-of-mouth, and chose this method as I am a diver and it is most suited to me because I have wide pupils. I am now on my fourth day post-op and am recovering steadily. I can already see well enough to type and read my comments on the screen of my computer. I can tolerate this and the television in short periods and read for short times too. My vision at this time is slightly blurry but I have little soreness in either eye, save for a sensitivity to bright light. The first 48 hours after the operation were spent resting in a darkened room as my eyes were sore, but not unbearably so. Despite being prescribed anaesthetic eye drops, I did not feel the need to use them. There was no pain at all during the operation. I commend Mr O'Brart on his professionalism and reassurance during every stage so far. Seeing the gradual improvement to my vision that each day brings is worth it thus far!

I thought I would put an update. I had my left eye done last December (I was -6.00) and the right one in february (-3.5), both with some astigmatism. I had my check up consultation last week and everything is perfect! I have a bit of residual astigmatism on my left eye but it does not bother me, I hardly notice. As far as I know my vision is now perfect (6/6) and I'm very glad I went ahaed with surgery and I chose David for the job. I can definitely recommend him to anyone! What's next then? I will have a follow up consultation f(or free of course around october) to check all is fine and in the mean time if I need to see him I just phone! The aftercare is certainly fantastic.

I have now had my monthly check up and have vision of 6/4 (I'm still not entirely sure what this means) with a slight astigmatism in my right eye(which seems to be picked up every other eye test as was too minor to be treated!). All I can say is that I have my own new pair of eyes! I can see everything perfectly and have had no problems at all. I am glad I made the decision to have both eyes "Laseked" at the same time, as being sqeemish found the procedure quite an ordeal. Also I would have had the left eye treated first which was quite painful and might have been put off, but I had no pain at all in the right. Anyone considering bilateral treatment will need time off though, I spent 2 days in bed and a 3rd moping because I could see with the right eye but was blurred with the left and could not stand any light (wore sun glasses in a dark room!!) also for the first week my vision seemed to change constantly and of course I could not drive. This continued for a further week (usually good am quite poor by 11pm) but was given the all clear to drive. I had no problems by week 3, the light sensitivity settled by then too. By week 4 I stopped all eye drops and havent looked back. Hayfever this week has been difficult as I dont want to rub my eyes at all until at least the 3 month mark!!! But I hope to continue this well until my 3 month check up in late July.

I am currently considering laser eye treatment possibly on a research basis, I have also heard of contact implants. My sight is long currently L (+12) R (+11). II have been using gas permeable contact lenses for the past 22 years since 1975. My optician has reported that my astigmatism has vanished over the last 5 years and has no direct concerns over my eyesight. Also of note both my children have 20/20 vision. I was surprised no genetic connection. I would be available for research purposes as I am willing to undertake clinical trials to improve my sight. I am based at CNWL NHS Trust Victoria tel: Work 0208 237 2041 Alternatively 0208 333 1811. Flat 7 34 Silverdale Sydenham SE26 4SU.

I am sorry. This is a desperate attempt to contact Dr. Michael Falcon. Ilearned that Dr. Falcon has performed the IoOL surgery of Harold Ridley. I want to contact him to request one of his photograph that I shall add to my write up regarding Ridley. Please help

I had bilateral lasek performed at St Thomas by Mr O'Bart 11th April after 2 years research and dithering. I am glad I opted for such a professional surgeon who put me at ease at every stage even though it meant travelling in a car for 4 hours after the operation. I had no pain at all from my right eye and could see (if slightly blurred) immediately post operatively and 2 days discomfort from the left after my first check up I was 0.25 and 0.5 but I feel this has already settled somewhat and will find out next week the current level.

I had considered having laser treatment for some time, but was very concerned with the risks, as I have sight only in one eye. After much research I decided to have LASEK performed by David O'Brart. Several clinics said they could perform the surgery, but I felt it was important to have it performed by a surgeon who could, if anything went wrong, provide the best aftercare. After an initial consultation with Mr O'Brart, where he outlined the risks and advantages, I decided to proceed. The surgery was performed on 28th March 2003, now just over a week the vision in my eye has gone from +1.75 to -0.5, hopefully the correction will stabilise to 0.0. I found the operation painless, feeling totally reassured by Mr O'Brart at every stage. The surgery was performed at 10.00 a.m. the rest of that day I rested in a darkened room. The next day, with the aid of sun-glasses I walked for several hours, still requiring a rest in the afternoon. The only discomfort I have experienced is the contact bandage slipped around my eye giving a feeling of soreness. I am due to go back and see Mr O'Brart early May, after which I will post another report. I agree with most people who have posted reports on this web page, that Mr O'Brart provides one of the best services available.

I had -1.75 on both eyes and a slight astimatism on one of them. After intense research on the web and in particular on this site I chose LASEK by David O'Brart. LASEK combines most of the advantages of LASIK (less danger of reflections at night through an uneven surface, less pain and quicker recovery) without its higher risk level (the flap that is being lifted up in the LASIK process only heals on the side and can become loose even after years!). David O'Brart is probably the best eye surgeon in the UK with experience in laser eye surgery since 1990 and is one of the pioneers of the LASEK method. He does everything himself including the initial consultation (I recommend to go first to one of the other clinics which offer a free consultation, as Mr O'Brart charges £ 100 for this in addition to the £ 900 per eye). I had my surgery one month ago and my vision is now perfect, without nighttime reflections or any other problems. The first two days were slightly painful, so not unbareable and I was very lightsensitive for about one week (wearing sunglasses even indoors helped me a lot). I reached already driving standard after one week and went back to work after 10 days. The first couple of days at work were rather tough so, as my job means staring full time at a PC screen, which was very tiering. All together I can highly recommend David O'Brart and LASEK. I believe it is worth it to pay the higher price than going to one of the big chain clinics, where you haven't got a clue who is going to operate you and might have had just a weeks training!

My latest check up a year or so on from surgery shows that my vision is better than 6/6 in my left eye and 6/6 in my right eye, which is amazing quite frankly. To save you trawling back through my posts, my eyes were around -7 dioptres before surgery. Mr. O'Brart will call me back in a couple of years for a free check up on my eyes and because he wants to add to his 13 years of patient data. I can see him for free at any time in between. I doubt you'd get this sort of service from a clinic.

I had PRK surgery with Mr O'Brart in 1999. I was -2 to -2.5 and am now less than -0.5 is either eye. I fully recommend Mr O'Brart to anyone willing to pay for one of the best surgeons in the country. I have written a web page detailing my experiences which is located at: http://www.twinnies.demon.co.uk/prk/prkexperience.html Cheers, Paul