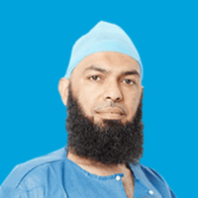 Very good service. Surgeon Mr Waseem Aziz was brilliant. I saw him 20 minutes before the surgery (Birmingham branch). He answered all the questions I had plus I made him aware that I like to as a hobby contact sports, he advised me to change my procedure to Lasek instead of lasik which was cheaper (recovery is slightly longer then lasik and can be painful for the first few hours after surgery but it is worth it. It also means the flap on the iris does not have to be cut and lifted for the laser to do its thing as it is with lasik. This means chance of any violent impact to the eye will not dislodge the flap as a cut was never made). I received the difference in money 28 working days later. I will be going back soon for my 3 months post operation check up. All is great. No contacts or glasses required any more. Do not listen to fake reviews on how things went bad for people and if they did I am sorry but the chances seem very slim. Hope all stays well.

Anyone considering using this Company should first visit the website www.opticalexpressruinedmylife.co.ukI have suffered disastrous results from surgery that should NOT have been performed. I am still wearing bifocals 3 years later. My vision is blurred which cannot be corrected with spectacles because the laser has damaged my cornea and the constant pain from extreme dry eyes leaves me unable to sleep, function or work. Please DO NOT use this company. The failure rate is MUCH higher than their advertising states. I will be on lifelong medication and suffer impaired vision for the rest of my life thanks to OE. I had surly at The Trafford Centre Manchester and my solicitor who is pursuing the clinical negligence claim is now being told that this branch has gone into administration and therefore relinquishes any responsibility for my care. What a scam!