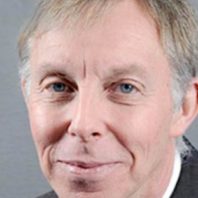 Mr. Klopper is an Ophthalmic Surgeon specialising in laser eye surgery and has performed more than 22,000 procedures including LASIK, PRK, LASEK and CustomVue Wavefront techniques. He is registered with the General Medical Council (GMC) and the Ireland Medical Council (IMC), and is a fully trained Ophthalmologist who has undergone additional specialist training in refractive surgery.

He is a full time Ophthalmic Surgeon with Optical Express performing laser eye surgery and is an active member of various academic and professional bodies, such as the International Society of Refractive Surgery. Twice every year, Mr. Klopper attends International Medical Advisory Board (IMAB) Conferences and is annually assessed by this board. The panel consists of several of the world’s most eminent Refractive Surgeons including Mr. Steven Schallhorn, former Head of Ophthalmology for the US Navy, Dr. Jan Venter, a world leading Ophthalmic Surgeon, and Mr. Jeffery Machat, co-founder of TLC Vision, one of the largest laser vision correction providers in the world.

Originally from South Africa, he received his primary medical training at Grootte Schuur Hospital in Cape Town, South Africa, and spent the following six months serving in an African mission hospital. Mr. Klopper was drafted into the South African Defense Force where he completed two years compulsory military service as Medical Officer in a Special Services Reconnaissance Unit. His next post was as a Medical Registrar doing cardio-thoracic surgery for twelve months, followed by three months in a renal transplant unit before progressing to the post of General Practitioner after which he decided to specialise in ophthalmic surgery. He graduated as an Eye Surgeon in 1990, and went into private practice. Mr. Klopper has worked abroad and has made presentations in many different countries about laser surgery.

He regularly attends conferences about both laser vision correction and cataract surgery, allowing him to stay abreast of all developments in the advancing field of ophthalmology.

Mr Stefan Klopper makes our list of the best eye surgeons in the UK. But is he the right person to correct your eyes?